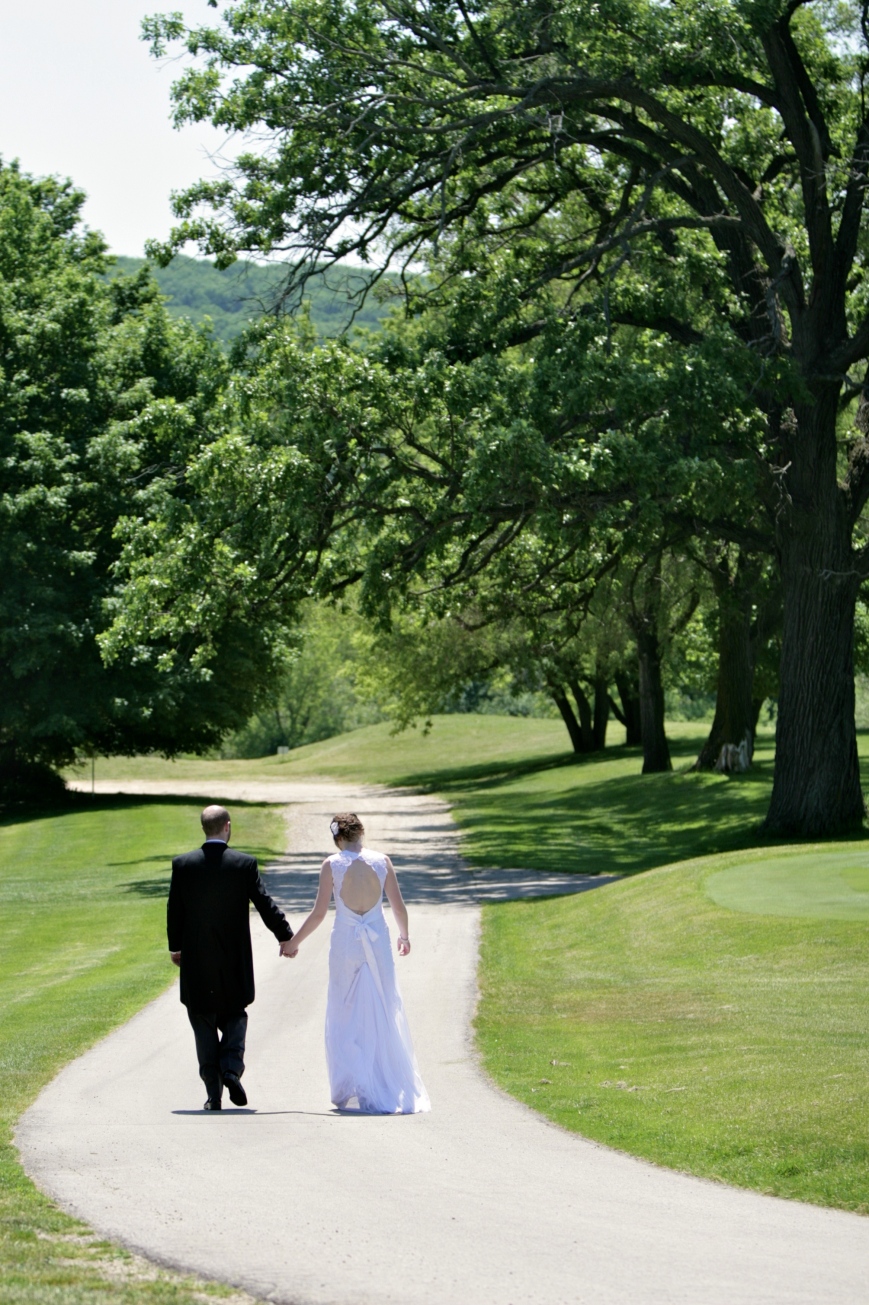 You are standing there, walking there. Laughing and talking there.  You think you know what’s ahead of you up there, just around that curve.  You have no idea.

Heartache is up there. There are ugly fights up there.

And there’s joy so deep you can’t imagine it and there’s healing you don’t now even know you need.

There are seven moves in the next seven years up there. And there is the thrill of new jobs and the humdrum of old jobs and the heart-racing crush of unemployment.  There are new faces of new friends and the steady presence of people who are standing with you today.  There are wounds that can be trusted and wounds that will leave you heaving and gasping. 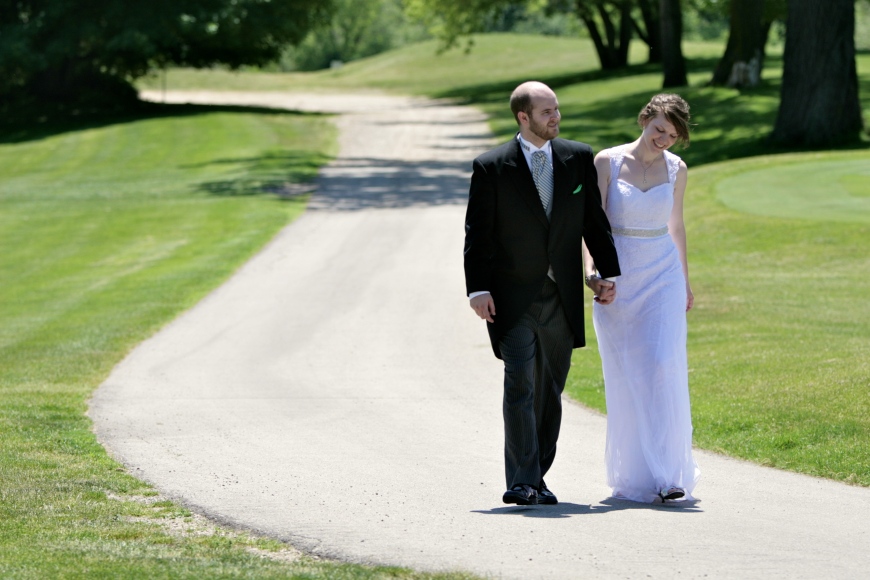 Before you made it to today, the pastor who married you refused to preform your wedding unless you could find some friends, a couple who would agree to just be your friends.  To walk with you. And seven years from now, almost to the day, one of those people is going to text you just the words that will strengthen you to take the next step.

Because while there is a lot you don’t know, you’re not making a foolish decision. You’re not choosing to say yes to what lies ahead on that path, how could you? That would be foolish.  You’re saying yes to a life together. To a life the way Jesus talked about it. An abundant life. To that soul pouring out, I-will-die-for-you, gospel kind of living.

Let me tell you something, the next six Mays are going to be full of good things: goals accomplished, springs with new babies, new homes, the anticipation of new adventure. That seventh May, though, it’ll threaten to undo you.  Life is going to deliver a blow just when you feel like you can’t take anymore.  It’s going to be tempting to give up. You’re going to want to hide. You’re going to say you can’t do this anymore. Believe me, I know that it feels like you can’t. 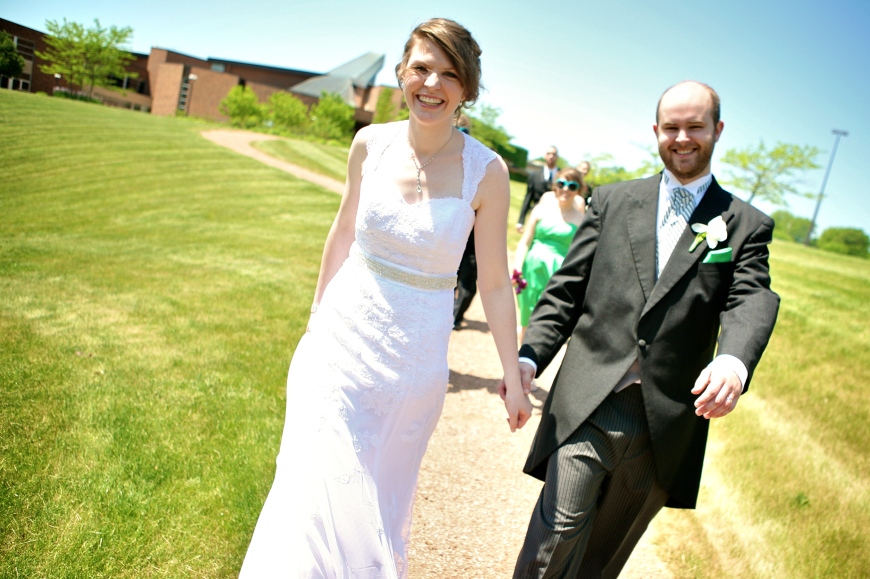 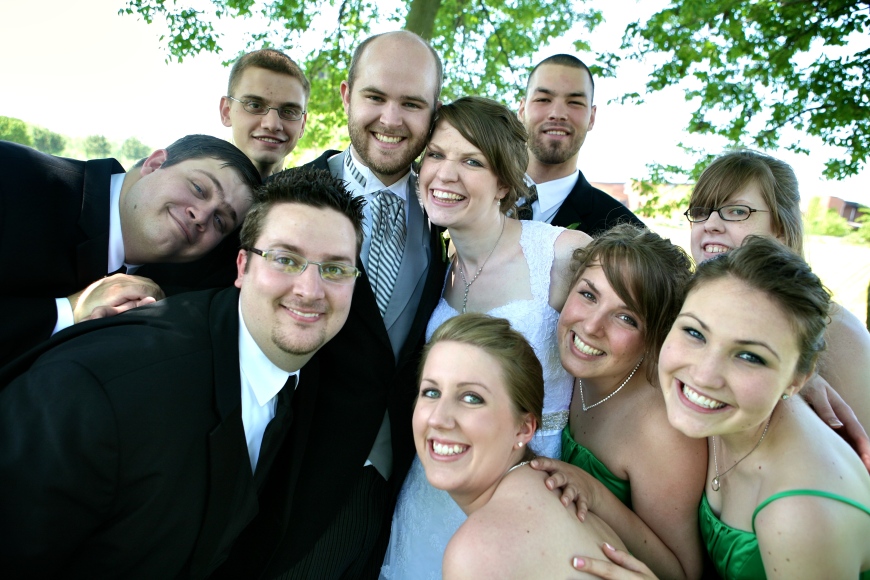 When you start to feel like living the cross-shaped life of giving up home and security and ease to follow Jesus is costing you and hurting your family, these people are going to gather around you and remind you that the beauty of the Gospel is that Jesus doesn’t ask us to say yes to the future, he asks us to say yes to one another.  And that he gives us himself. Over and over again in the face of a friend, in a perfectly-timed text message, in babysitting and baby-holding and hot meals and boat rides.  In quiet presence and in hours sacrificed.

And in the midst of this, seven years down that path, you’re going to look to the side and you’re going to realize that the person you said yes to has been there this whole time. And that Jesus has been right there, giving himself to you.  Over and over again. And you’re going to see these other people. Falling in step all around you. People who keep right on answering “we will.”

One thought on “You didn’t say yes to forever.”