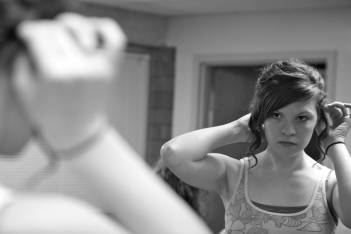 It happened before Pinterest was a thing. Before I had even finished college. Before I had any idea who I was or where my life was going (I still don’t?). Before job offers and job rejections. Before babies and blogs. Before graduations and new apartments. Before a faith crisis and a move overseas and back.

A 21 year old girl and a 23 year old boy promised to grow up together. 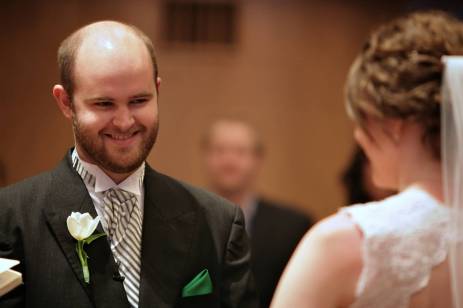 I didn’t have pinboards full of ideas or attendance at lots of other weddings to compare mine to. I didn’t have a big budget or even a good sense for what I wanted my wedding to be like.  I just knew that I wanted to marry him.

So we did it. With a little bit of money in the bank and a lease on a 400 sq. foot apartment, we “started” our life together. We started to grow up. We took a lot of that money and bought plane tickets to Brazil. And just 2 months after we said “I do,” we headed into the pressure cooker that is trying to figure out how to live in another culture and make all new friends. And then we came home and finished seminary, we had a baby, we got  jobs and an apartment and started waiting for another baby.

6 Residences, 3 countries, (almost) 2 babies, and 4 years later, here we are. Still young by a lot of people’s estimations, but feeling a lot older. Still with much to learn about one another but much better friends than we were on that day.

David, I love you.

A lot of people told me I was too young to get married. I guess they were kind of right, if  a spouse is something you check off your list of grown-up goals. I didn’t have any of my grown-up goals done when we got married, and I don’t think I even have grown-up goals anymore.  I wasn’t “old enough” to get married. Neither of us was, I think. But I am so enjoying growing up with you.

Marrying meant sacrifices. And it meant that for both of us. It meant putting those grown-up goal lists on the altar and listening. Listening long and hard and close, even when all we heard was silence. It meant a lot of creativity and praying about paying bills and finding places to live. But it also meant privileges. It meant getting to do those things together. It meant apartment hunting and job struggling and seminary-scraping-by were team sports. It meant that those faith struggles happened within the shelter and the safety of our marriage.  David, there’s no one I’d rather do those things with than you.

What a gift it has been to get to know you better with each passing year. How I look forward to saying of this time in 20 years, “It’s like we hardly knew one another at all then!”

Most days, but today especially, I thank the Lord for the gift of marriage and for the privilege of building a life with you, of growing up with you, of growing a family with you.  Thank you for loving me, for loving our daughter(s), and for working so hard unto the Lord and for our family. Thank you for supporting me, for encouraging me, and for choosing to make our marriage a priority.

I look forward to celebrating each new year with you.

*The title of this post comes from the song We Married Strangers by Levi Weaver.